Writers found a flood of inspiration when they trekked to India with Spalding MFA in Writing faculty member Helena Kriel in January 2015 for a writing trip that included the Jaipur Literature Festival.

Inspired by the literature festival and the deep immersion in the sights and sounds of India, Janet Schneider went on a reading binge of women Indian authors, then started incorporating references to India in a short story. Now, she is toying with a story about an encounter she had with someone while on the trip.

Since the trip, Angela Elles has written poems and started a creative nonfiction piece about the events leading up to the trip, when she experienced a mysterious illness that was behaving suspiciously like leukemia. “Which made me even more determined to make the trip happen,” she writes in an email interview. “I ended up being fine, and writing about it has been fun, actually, because it was so intense and now I can focus that intensity into the writing.”

In 2016, Kriel will lead another trip, which wraps a writing workshop around one of the world’s largest literature festivals. Kriel’s trip is Jan. 16-25, 2016, with the festival falling at the end of the excursion. The trip includes wildlife safaris in Ranthambore to find tigers; visiting the magnificent Taj Mahal; wandering around ancient palaces; experiencing rural India and the peace of village life; being a guest at a sumptuous wedding; seeing a Bollywood movie in an old cinema; riding rickshaws through one of the world’s greatest waterbird sanctuaries, and more.

For last year’s participants,  momentum from the trip has continued well into 2015, as Jennings and two other writers on the trip are collaborating on a chapbook. Two of Jennings’ poems are published online on the trip website at helenakrielsindia.com. 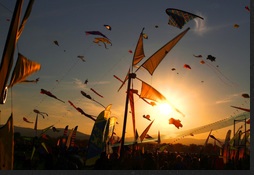 What hooked Katerina Stoykova-Klemer on taking the trip in early 2015 was Kriel’s missive that “”Before you sit down to write, you have to stand up to live.”

“So, I’ve taken this to heart,” she writes in an email.

Since returning home, the Bulgarian-born poet says India has influenced her writing more indirectly than directly. “I am writing about the same things (I was writing before), but I often drink masala chai while writing.”

Stoykova-Klemer says she found the country enthralling. It’s “the immediacy of every experience, and the unpredictability of living there,” she writes.

Many of those interviewed agree there is no such thing as a typical day. “What’s not to love about a country where people greet each other with ‘namaste?’ ” writes Schneider in an email interview. “India felt both familiar (humans living their lives) and other worldly (living their lives on an entirely different plane of existence both more spiritual and more gritty).”

Schneider says her writing is definitely more sensual since returning, and Elles says Kriel’s strength in screenwriting influenced her to focus on the dramatic moment in her poems.

“I am surprised how much is still flowing out of me nine months later. I must have stored it all in my giant “belly” just like I had hoped: to be like Ganesha was our goal–always taking it in,” Elles writes, referring to the elephant-headed Hindu god of beginnings. Ganesha is known as the patron of letters, who favors the writer.

What surprised Jennings most about the trip was discovering that there is order in chaos. Stoykova-Klemer was most surprised that women were rarely seen in the streets.

Jennings said she had been wanting to go to India for a long time. The big draws were wrapping the trip around the Jaipur writing festival, the fact that it would be a small group and the knowledge that Kriel offered. Though Kriel is South African-born and lives in America, she has immersed herself in Indian culture for more than 20 years, working and traveling there on projects.

The registration of $2,699 for twin occupancy ($3,084 for single occupancy) includes the workshop, the literature festival, accommodations and meals. Air travel to India and incidentals such as camera charges, tips and personal expenditures are not included. A deposit of $500 secures your spot.

Growing as an individual and a writer

Elles says Kriel’s writing trip can’t compare to any other. “It’s not about relaxing, and sipping a hot drink and putting down a few words,” she writes. “It is about getting outside your comfort zone, where you can really grow as an individual, and it’s about adding intensity to the writing process.”

Toward the end of the 2015 trip, Stoykova-Klemer experienced a magical moment. “We woke up in the most beautiful desert camp, and I took a stroll by myself in the desert, where I found a shed snake skin, which I consider a symbol of growth.”

To sign up, see photos, read poems, watch the music video or otherwise get inspired, go to helenakrielsindia.com.